Catch A Fish From All 69 UK Cities - Leeds

after spending 36 hours without so much as a bite with time fast running out headed back to the city center as close to the coach station as could. Armed with a new pole whip and a pint of maggots first cast broke the duck, finally a fish followed by a fish a chuck, over 60 fish in a few hours. Not the intended target but a fish is still a fish, trust me was delighted to even catch a minnow at this stage.

This is by no means the end of the story, now taking a short social media break and will return later in the week. Thanks for all your messages, comments, likes and support. Do hope you have had some entertainment and pleasure reading my posts.

Bye for now as always, tight lines, may your next bite be a big one or anyone big or small 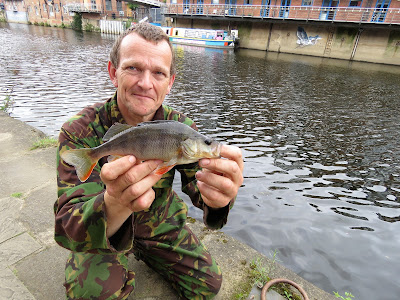 WWW.ANGLINGWITHSHAUN.COM
latest blog post to be continued work in progress thanks for your patience
Roland Whiteley‎Angling with Shaun
26 July ·
Bless up Shaun, let me have a few casts and we got a result! 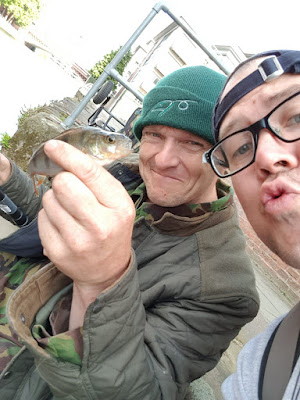 AWS FACEBOOK PAGE
One of the highlights of the Leeds trip meeting Roland on The River Aire City Centre Stretch Sunday, so happy to have met. Inquisitive offered him the new whip pole to have a go... "Better not might make a mess of it" he replied... No ! No ! have a go 6 fish later a quick learner, almost making lucky number 7 which shook free. He is now hooked, has a new pole and a new hobby. To me that was worth the trip more than anything even catching a fish scratching off another city. A new angler is born 👍❤️🎏
LEEDS FACEBOOK PHOTO ALBUM
making contact:
info@anglingwithshaun.com
at July 18, 2020 No comments:

City Of Norwich: Catch A Fish From All 69 UK Cities

The Wonderful English City of Norwich 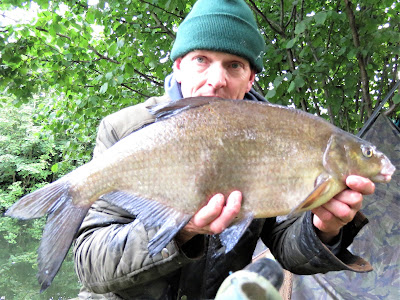 WWW.ANGLINGWITHSHAUN.COM
latest blog post to be continued work in progress thanks for your patience
AWS FACEBOOK PAGE 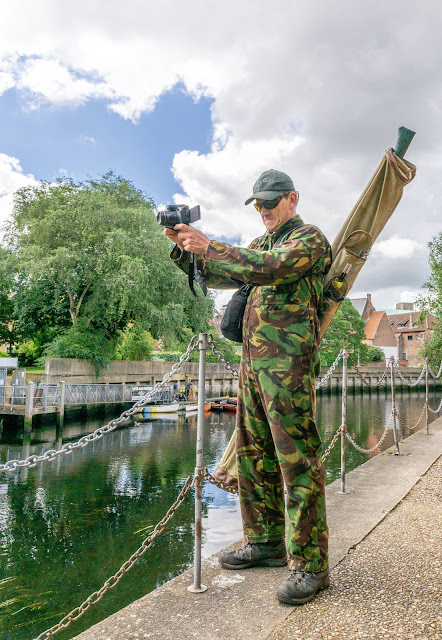 Grant Cullen‎Angling with Shaun
11 July
I had the great pleasure to meet Shaun today on the Norwich riverside path. He kindly allowed me to take this photo. Humbled to be a tiny part of his nationwide journey. Enjoy Leeds and Glasgow my friend.
NORWICH FACEBOOK PHOTO ALBUM
making contact:
info@anglingwithshaun.com
at July 18, 2020 No comments:

City Of Canterbury: Catch A Fish From All 69 UK Cities 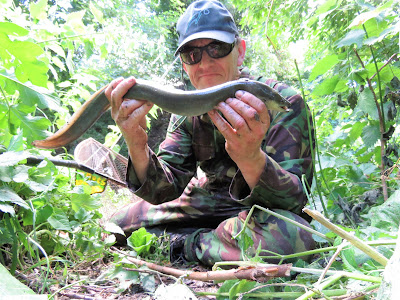 My sincere apologies for the lack of posts here recently. As the world was hit by the deadly corona-virus, covid 19 pandemic not only did my latest bucket list or be it an Angling Odyssey to catch a fish in all 69 UK Cities come to a temporary stop, all fishing in The UK was banned. Delighted to say back on track although without a car since breaking down relying on public transport to get round The UK. 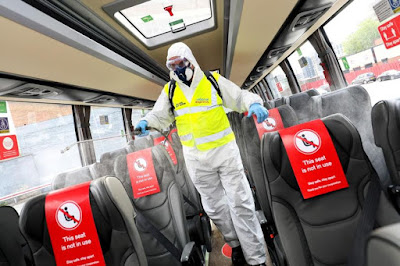 AWS FACEBOOK PAGE
Blog Entry: 18 June 2020 - Finally after months from the last trip out to Cardiff at the end of the freshwater coarse fishing season ended on March 15th was finally able to get back on coaches although Megabus where still not operating delighted that National Express was finally running again although on a reduced skeleton service. For the record although fishing had returned to England was still very cautious and frightened to rush back to fishing for a number of weeks. The initial rush back to the banks was madness certainly didn't want to fish any public waters in and around London worried about social distancing. Even joined another new local club this year hoping to fish safely behind a fenced fishery. Even this proved to be an option wasn't willing or felt safe to visit due to being packed with anglers many on furlough for weeks on end. Sad to say only visited the new club waters just once since joining.
The planned trip to Glasgow, Scotland had no option to postpone for a second time due to travel restrictions not allowing to cross the border. Since publishing this post on Facebook now sadly had to postpone again for a third time, due to many unhappy visiting and crossing the border, especially as the virus has since peaked again in Scotland. Apologies those who where looking forward to meeting. The plan will be to buy another car later in the year, in the meantime it's was back to using coaches. 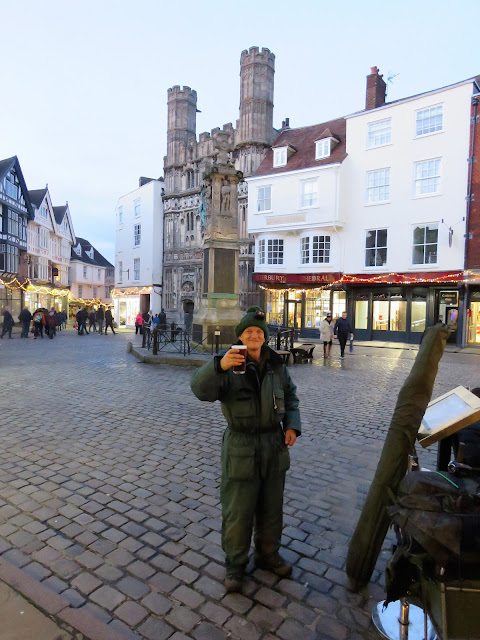 Blog Entry: 26 June 2020 - And so it was excited to be back travelling posted the following on My Facebook Page

Catch A Fish From All 69 UK Cities: Return to Canterbury, The River Kentish Stour

Apologies for the extended Facebook break. Excited to finally kick start my travel angling adventures as from this evening. Looking forward to returning back to Canterbury for a second attempt to catch a fish from this City. Conditions on The River Stour where far from favorable back in December in heavy flood. Unfortunately the pubs will still be closed, forget to mention the plan is not just to catch a fish in all 69 UK Cities, also to have a beer in all 69 UK Cities. Crossed the beer off in Canterbury, just a fish to catch.

Taking a massive gamble this weekend taking just the one rod roaming, walking the banks in search of the bigger fish, which could ultimately lead to another blank not taking the small fish rods. It's a gamble prepared to take, not being to far from London, if a third trip is needed. Positive thoughts however hopefully get stuck into one of the big chub, or maybe carp that live in this river. No bivvy, looking up at the stars, certainly not cold out there, just a poncho for when it rains. Hopefully not to much of a downpour, madness maybe with expected heavy rain this weekend however that's the plan to travel as light as possible returning Sunday evening.

Back Monday hopefully with a fish to share. Have a wonderful weekend, Cheers Shaun :)

Arriving at the coach stop waited, and waited wondering where the coach was... 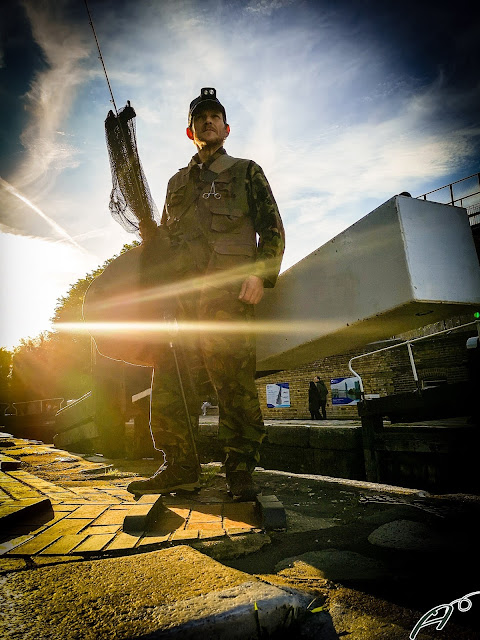 Thanks for all your messages those asking how got on this weekend, including those who have waited patiently for news of catch reports. What can I say deeply embarrassed and was hoping to catch something or anything to dig myself out of a big hole. Time to come clean now and stop digging. Get straight to the point without beating round the bush and hopefully people won't look at me as an idiot or a bigger fool than already am.

So how does one explain what happened this weekend after almost hundred likes on the last post. Okay here goes... Did I catch anything ? Um No ! But didn't blank either.

Arrived Friday evening at the coach stop, after work excited more than ever finally would be continuing travel angling adventures. Spent time digging worms, preparing hemp, all tackle food. Talk about excited not been so excited since the last City trip to Cardiff way back in March.

So there sat nice and early not wanting to miss my coach. When say nice and early what thought was half an hour turned out to be a week early. Yes after waiting almost an hour suddenly dawned on me. What can I say told a few Friends and thought could come back with at least a fish post to help with breaking such news of my misfortune, even that session proved uneventful on a local water.

So fancy that a what a plonker Rodney :) The coaches do not start operating till this week. There you go, revealed what a fool been. We all make mistakes. Guess was just over excited got dates all mixed up in head, even spent a whole week talking about it. This weekend be in Canterbury...

Left the building, be back next week, thanks again for your patience and understanding Shaun... 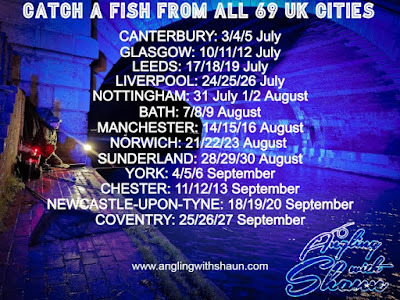 CANTERBURY FACEBOOK PHOTO ALBUM
Finally back on the road after being a week early waiting for the coach, heading back to Canterbury for a second attempt to catch a fish from this English City which failed to catch anything back in December 2019, a few days before Christmas due to very heavy flooding on The River Stour, most rivers and areas in The UK being badly affected.

So back on the coach but not without it's initial scare National Express doing all they can to safeguard passengers by ensuring all have a temperature reading. Anyone with a temperature of 38 and over, would not be able to travel. My temperature was anything above 38 in fact had a reading of just 32, which the driver indicated was not well, although certainly not the dreaded corona-virus, covid 19 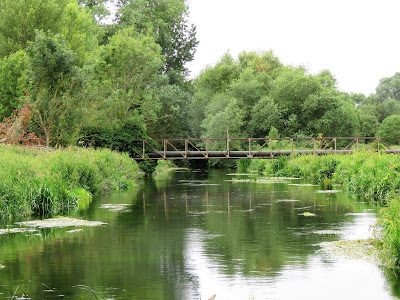 On the coach excited finally back on course to commence 'Catch A Fish From All 69 UK Cities' but not without one of the worse journeys ever likely to experience in my whole life. The do's and don't of travelling on a coach. Some will relish the extra leg room and chose the toilet seat area, personally rather avoid being disturbed by passengers constantly visiting and banging the toilet door, not forgetting to mention the thought of someone having a number 2 and the smell. So for this trip decided to take the nearest available seat at the front. A disastrous move will never repeat the rest of my days on earth. Had not done a proper recce before siting down. The coach driver started up and off we went. Then realized the mistake, was sitting behind a Mum of not just one baby but two twins OMG ! The crying commenced from the second the coach moved, as if this wasn't bad enough both babies took turns at crying one after the other, or worse still both at the same time. Then the baby nappies change mid journey. No matter how much tissue roll stuck in my ears or up my nose couldn't avoid the awful crying and smell. The whole coach either had tissue in their ears, or headphones on. The crying didn't stop until reached Canterbury.

to be continued, work in progress, thanks for your patience
at July 18, 2020 No comments: